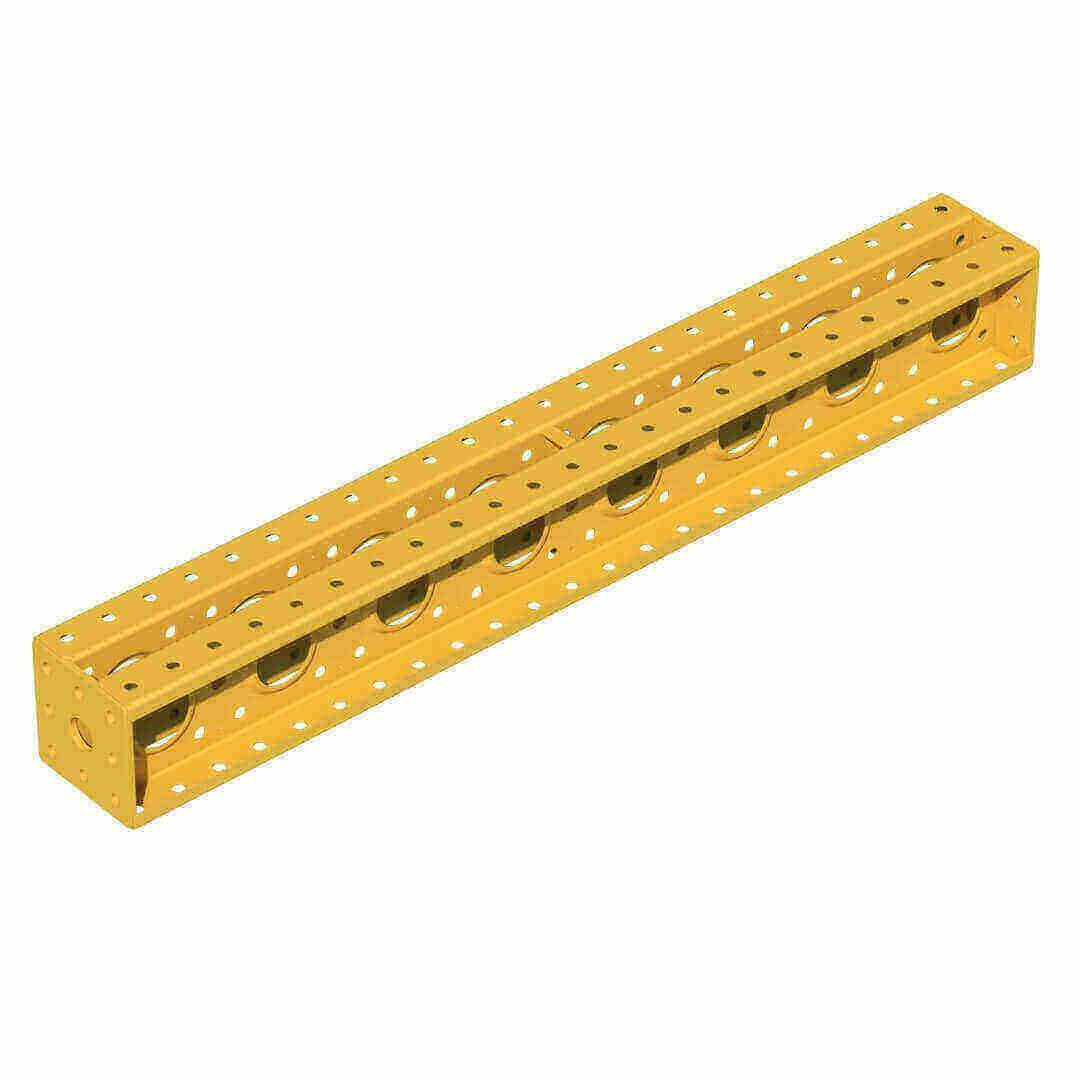 The SUPER STUD® is a lightweight steel beam that can be compared to an 8” double channel assembly but weighing less. This allows for larger form picks and reduces crane size requirements.

SUPER STUD® end plates are exactly perpendicular to the studs and precision-built making it possible to bolt studs end-to-end for use as continuous beams, columns, shores, walers, aligners, and studs. This bolted connection develops the full strength of SUPER STUD®. By carrying the end connection, the SUPER STUD® can be extended to almost any length.

How is the SUPER STUD® Used?

The hole spacing on the SUPER STUD® provides for a multitude of uses and connections while reducing costly on-site modifications.

The vertical SUPER STUD® flange and web holes are available for lateral bracing connection on tall and slender shores.

The SUPER STUD® makes an excellent form waler and/or aligner. It has been designed for easy connection to form panels. The spacing of the channels makes it easy to pass large concrete form ties between the channels and symmetrically load the SUPER STUDS. A standard SUPER STUD tie bearing is used to distribute heavy tie loadings to the channels.

The lightweight SUPER STUD® serves as the stiffback member which, combined with scaffold hangers, adjusting screws and lifting brackets, produces a cantilever forming system. A cantilever system can be formed by stacking SUPER STUDS® for added strength. The thrust bolt is used for plumbing and alignment.

SUPER STUD®’s high strength and versatility make it an ideal system for support of building faces and columns during renovation projects.

BACK TO SHORING SOLUTIONS